Today’s episode at the Hartford Library’s Sunday Jazz series featured a duet that played with vigor and purpose. There was  the insightful masterful pianist Christopher Bakriges and the soulful gifted Gwen Laster on violin.
The lazy hazy winter Sunday entertainment also featured musical arrangements that paid homage to the legendary French painter Henry Matisse and a speaker who added even more focus on the theme by reciting some of Matisse’s inspiring life.  The speaker, an actual reverend, was a gentle but opposing man large in stature dark skin and with gray dreadlocks who spoke with a committed baritone voice that anchored the legendary artist story.
The duet and speaker entertained in the library’s auditorium that had a built in projector that showed images of Matisse’s work on a large screen behind the performers as they performed.
Some of Matisse’s more astonishing life events and ground breaking artistic theorems were noted like his way of seeing color as form, his life time commitment to art even in old age along with his traumatic family events in war torn France.

Below:
Two sketches of the duet and the reverend in pen and ink 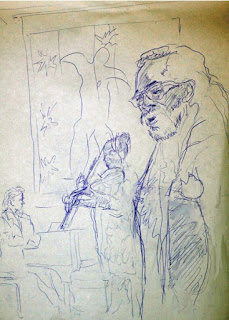 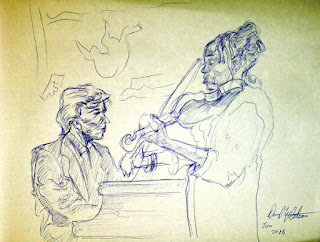 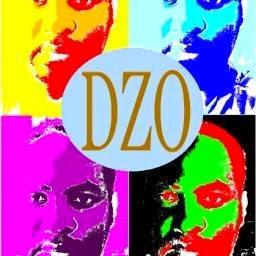